It look awesome and cant wait to play it for real.

Lets not tempt us for long

“Metal Gear Solid: Ground Zeroes” is coming and people know the game will be an open-world, but people may not know exactly how long Kojima Productions will make this game.

According to a report from VG24/7 yesterday, “Metal Gear” creator Hideo Kojima revealed that people will be able to play over four days worth of gaming before fully completing this next installment of the franchise.

“[It’s] set in a very open world where players can wander around and explore freely. Players should still be able to find new sights and worthwhile adventures after having played the game for as many as 100 hours,” Kojima said.

Kojima has also stated before that this “Metal Gear Solid” iteration will be bringing more new elements to the series than ever before.

“I’ve always said that I want to work on original properties, but ‘Metal Gear’ offers plenty of benefits.

“The Fox Engine, for example, took a lot of time and money [to create]; we were only able to develop it because it was intended for the next ‘Metal Gear.’

Do you think you will be able to complete the over 100 hours of gameplay from “Ground Zeroes?” 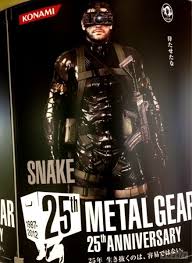